The Results Are In

MOOG OUTPERFORMS THE COMPETITION BY MORE THAN 5X ** 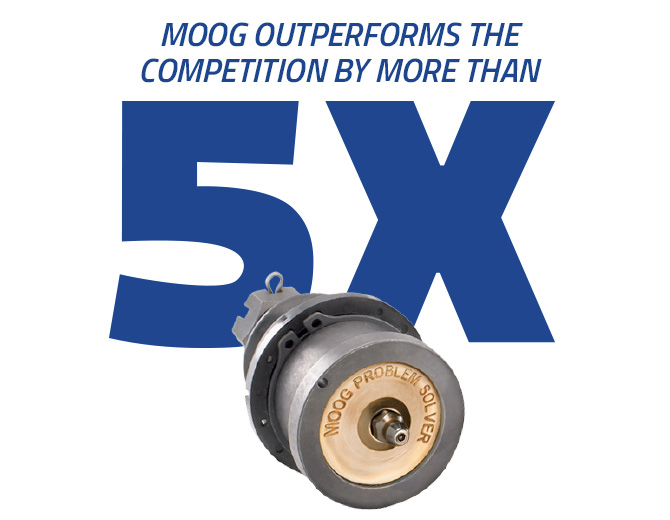 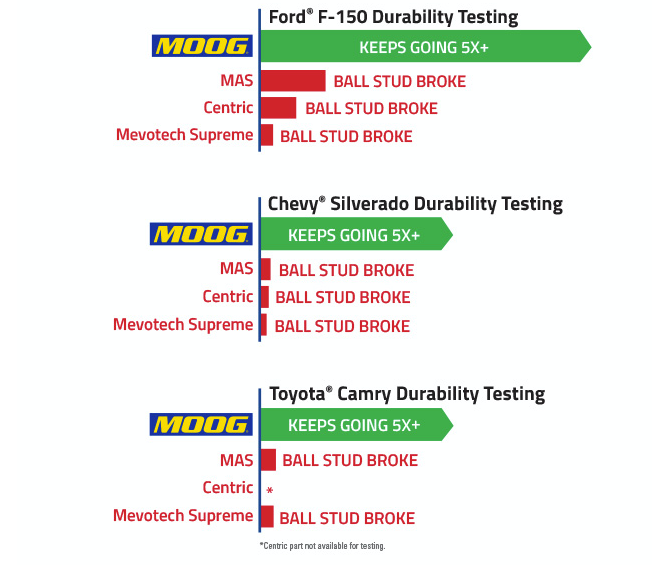 ** The results shown are based on independent testing conducted by B83 Testing & Engineering, Inc. on ball joints for a 2007 Toyota Camry, 2013 Ford F-150 and 2007 Chevrolet Silverado. Testing was performed on a Multi-Axial Durability Suspension Simulator to simulate ball joint service life on a vehicle.

ONLY MOOG BALL STUDS ARE PROVEN TO BE OE OR BETTER*

MAS, Centric and Mevotech Supreme claim “OE or better” but when put through independent metallurgical testing, they failed.

Your reputation rides on every part you install.

It’s why we invest so much time and money to test the performance of MOOG and other chassis brands. Competitor parts may break long before the equivalent MOOG part. MOOG ball joints easily meet or exceed the OE standard. The difference is huge because inferior chassis parts may put your customers and your reputation at risk.