A wide track front axle is standard on the F-450 and optional on DRW F-350s with the tow package on 2011-2016 models. Look for Regular Production Option (RPO) code 67W on the truck’s option sticker in model years 2008-2009, as this also indicates the truck is equipped with the Wide Track front axle.

F-350s from model years 2011-2016 equipped with the Wide Track axle are generally distinguishable by having large front fender flares, similar to what comes standard on the F-450. The RPO code of 535 also designates the tow package which includes the Wide Track axle on the F-350.

Before ordering MOOG replacement tie rod ends, determine the correct tie rod by measuring the diameter of the threaded portion of the tie rod. 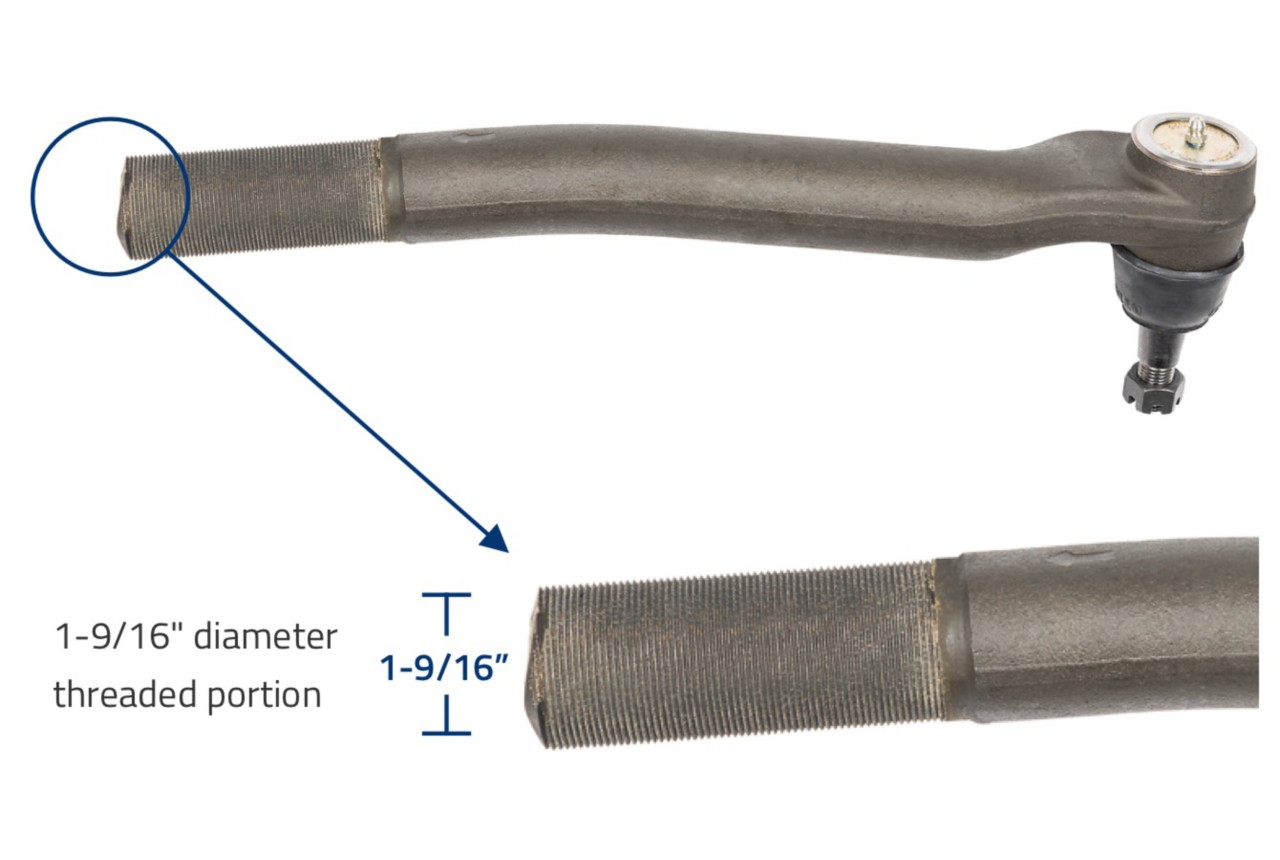 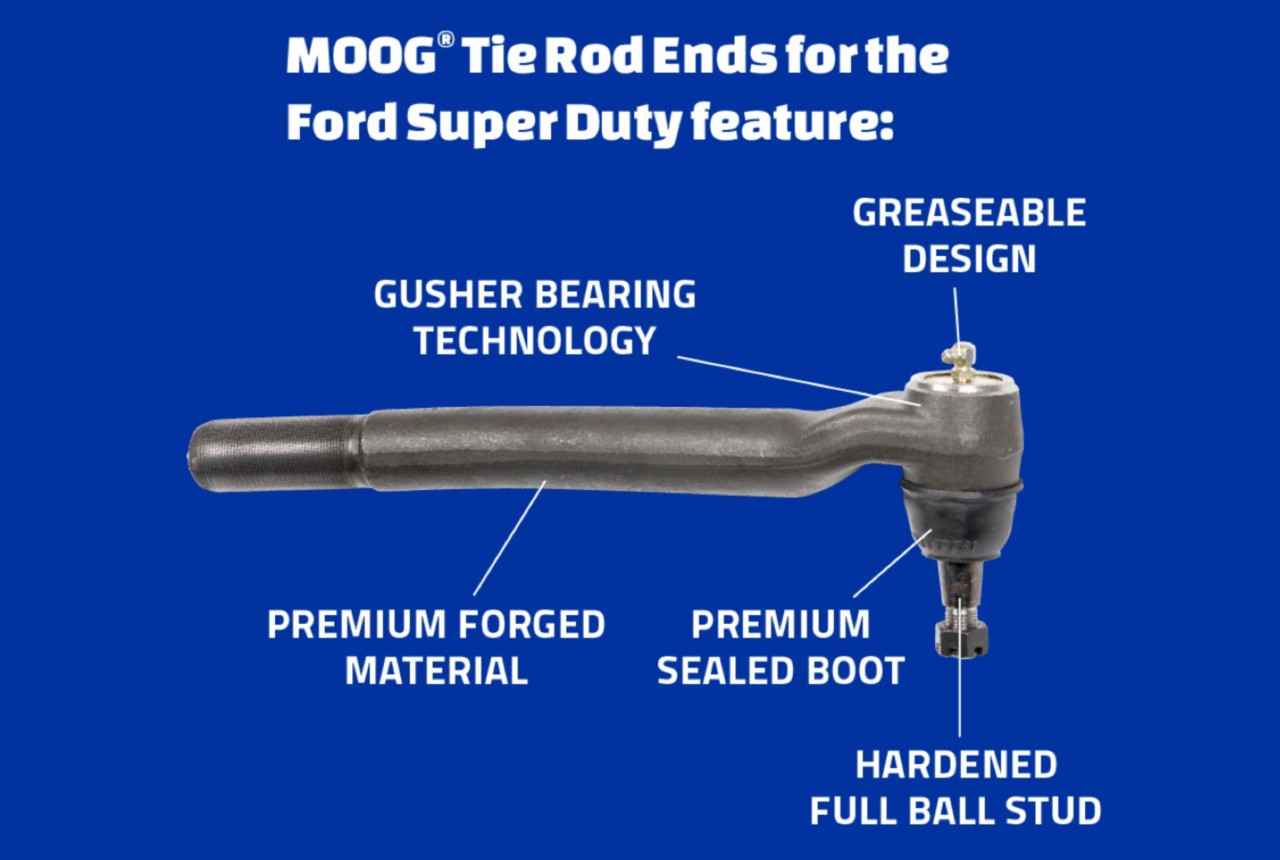 Learn more about premium steering and suspension parts, find your car part, or find where to buy your auto part today.

The content contained in this article is for informational purposes only and should not be used in lieu of seeking professional advice from a certified technician or mechanic. We encourage you to consult with a certified technician or mechanic if you have specific questions or concerns relating to any of the topics covered herein. Under no circumstances will we be liable for any loss or damage caused by your reliance on any content.